We had the opportunity to work on a '59 Edsel over the past couple of weeks.  This one already had air suspension installed, but they were rolling with airbags AND the rear leaf springs, which meant it didn't ride great and it didn't get very low.

We were able to build a triangulated 4 link kit, install a small frame notch for extra clearance, and relocate the airbag brackets to get his car sitting properly low: 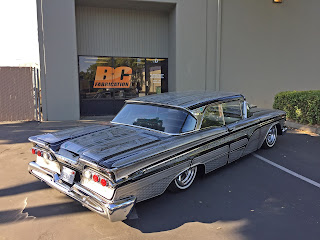 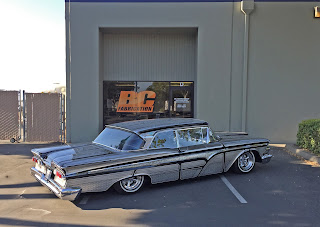 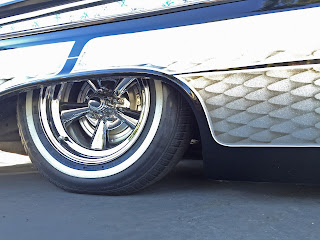 1961 Cadillac Convertible with a Modern Twist

I posted a few pictures of this '61 Caddy a while back as we tore it down and found a ton of hidden rust and other issues.  After countless hours of fabrication, we've got a platform that should turn heads! 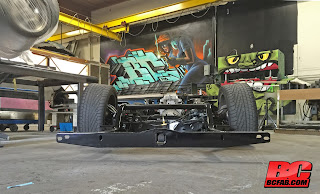 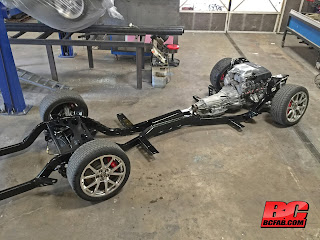 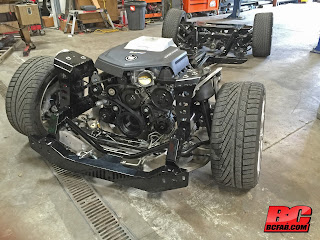 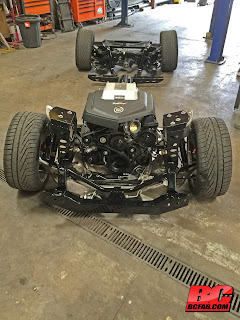 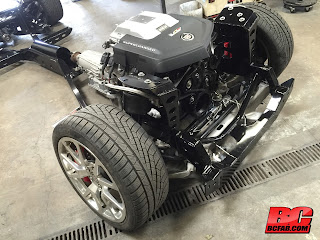 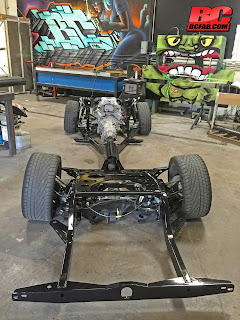 We found a 2013 Cadillac CTS-V to donate its guts to the project- it had been in a flood, and only had 10,000 miles on the odometer.  After tearing down the motor and finding nothing wrong, we reassembled it... after adding a bunch of Lingenfelter upgrades!  GT9 cam and valve springs, a smaller pulley for the supercharger, ported and polished blower snout, and an ECU reflash should be good for a few more horses than the factory rated 556, not that this thing really needed it!

The stock frame would have twisted into a pretzel with that kind of power, so we built an all-new chassis that houses all of the 2013 CTS V suspension!  14" rotors with six-piston Brembo calipers should be a nice upgrade from the drums that came on this thing back in 1961! Rack and pinion steering up front, and a limited slip differential and independent rear suspension should make this thing corner like no other '61 Caddy ever has. And of course it wouldn't get the BC Fab seal of approval without air suspension- this chassis drops to fractions of an inch off the ground and will lift to stock height at the touch of a button!

Art Morrison built 2x4 box steel frame rails to our specs, and all of the chassis fabrication was performed in-house.  The CTS wheels won't be staying- look for the new rollers when the bodywork and paint is finished!

Keep your eyes peeled for this car to come back together over the next year- there's still a lot to be done, but it'll be worth the wait!